Our Gunga Gin is a quintessentially Libertine offering. Spicy with hints of black pepper and cardamom; Perfect for a little drinky now and then.

Available to pre-order in the UK exclusively here http://bit.ly/LibertineGungaGin Order before December 6th to guarantee delivery before Christmas. Gunga Gin will also be available very soon from The Albion Rooms' in Margate, and as the house gin, but of course... 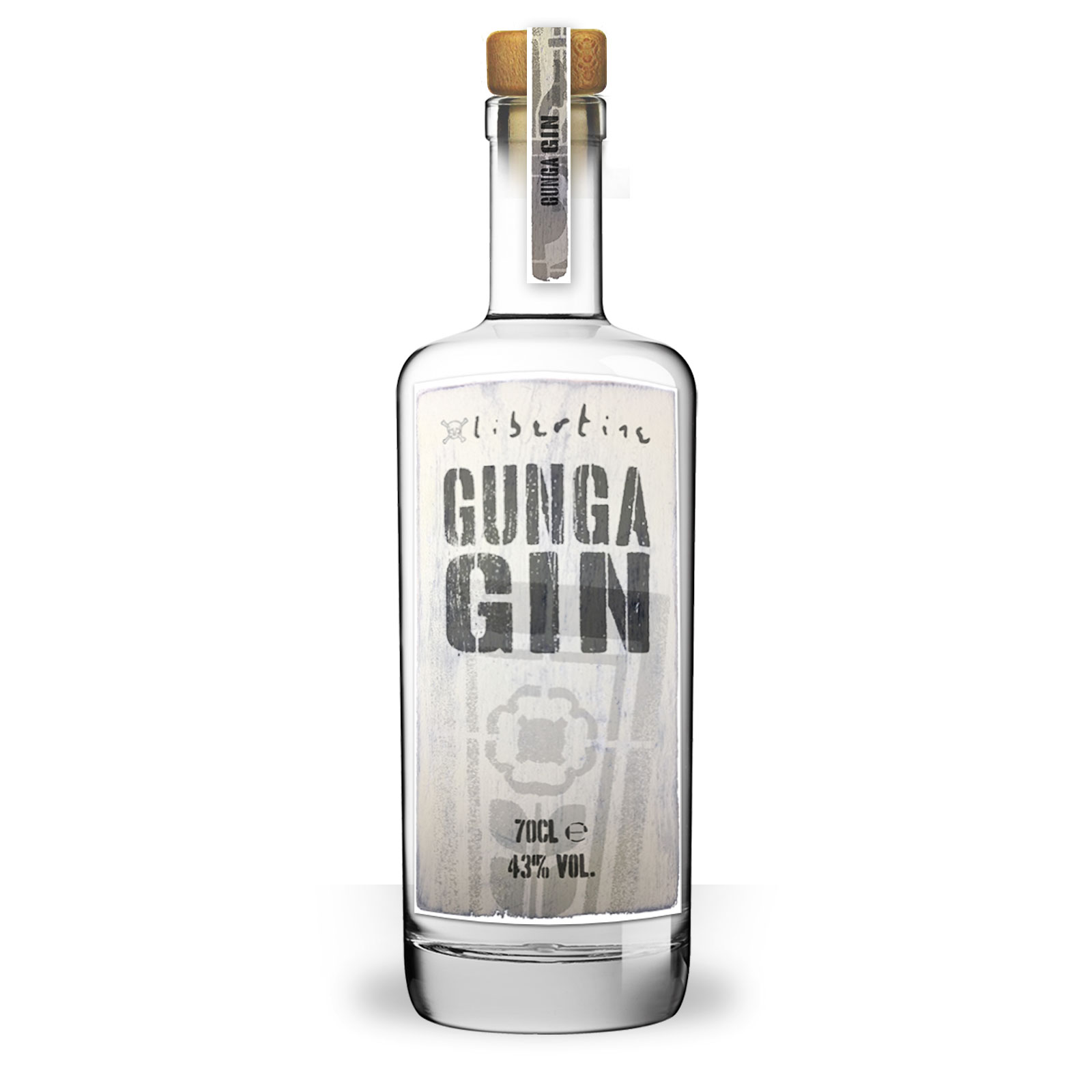 The Libertines are very happy to announce a nine-date Christmas jaunt across the UK in December, along with shows in France, Germany, Luxembourg, Brussels and The Netherlands in October and November. Tickets, for what is The Libertines first headline tour in over two years, go on sale at 9:00am on Friday 28th June and are available from: www.gigsandtours.com & www.ticketmaster.co.uk

These shows celebrate the opening of The Libertines studio/Hotel/Bar, ‘The Albion Rooms,’ in their adopted town of Margate. The bar ‘The Waste Land’ opens on the 16th August with the studio and hotel opening at the end of the year. The full dates are: 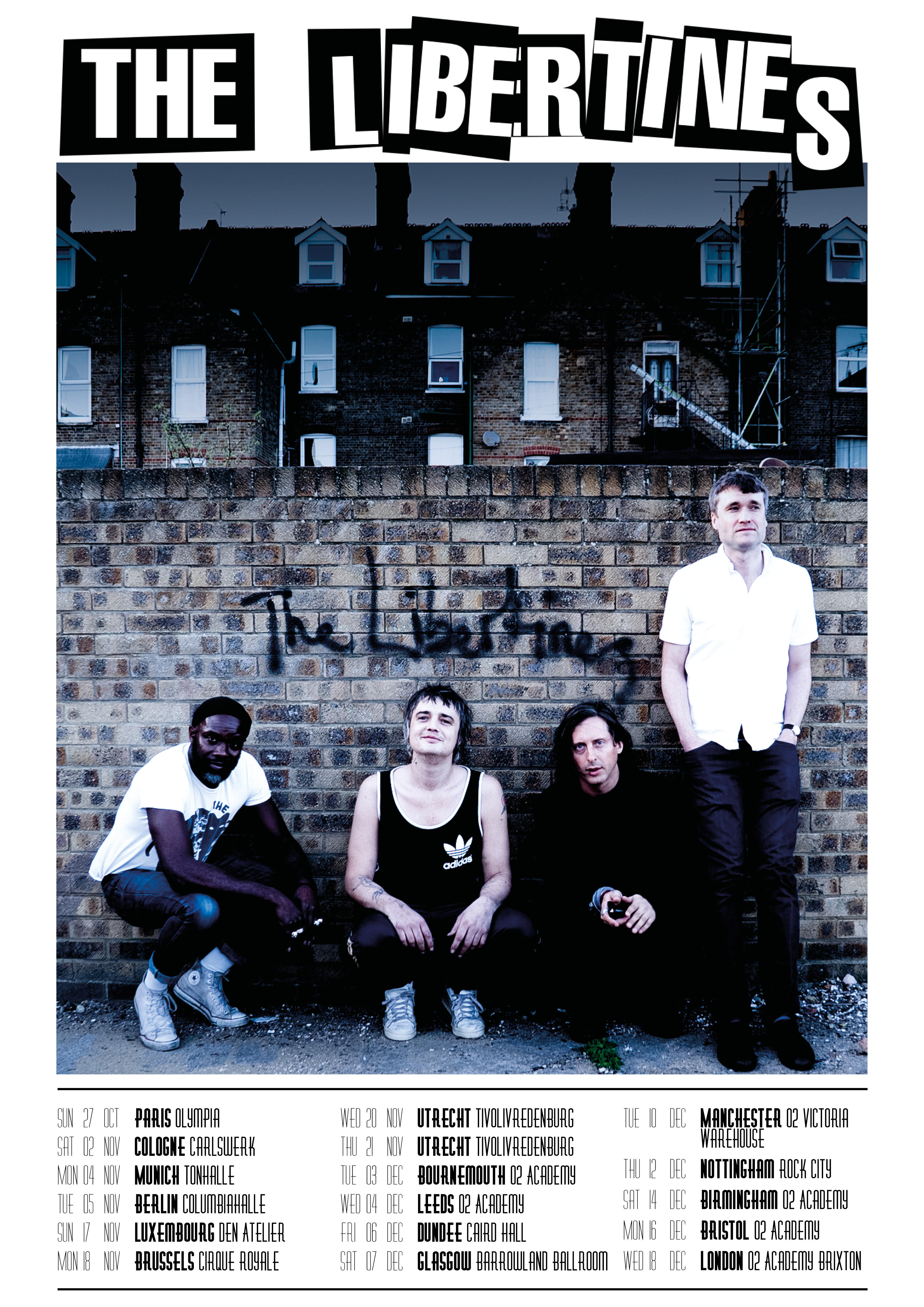 The Libertines are excited to announce the launch of Sharabang, which sees the band hijacking the Sunday (9th September) at the already established ‘Wheels and Fins’ festival (Joss Bay Beach, Broadstairs). This is the first ever Libertines Festival which will hopefully become a regular happening.

Sharabang is just down the road from The Libertines new hotel and studio, The Albion Rooms, which is rapidly taking shape on Margate seafront. Tickets for the Festival are available now priced at £25.00 from http://wheelsandfins.co.uk/tickets/

Headliners The Libertines have hand-picked the support acts for the day from some of their favourite bands, old and new, bringing together a variety of acts including the legendary - Echo & The Bunnymen, festival favourites - Reverend & The Makers, Cockney heroes - Chas & Dave and Manchester’s acclaimed - Cabbage. Poet and theatre maker Luke Wright will be compering throughout the day. The full music lineup is: Echo & The Bunnymen - one of Peter and Carl’s favourite bands, are led by the quintessential frontman Ian McCulloch. They have released many timeless classics such as ‘The Killing Moon,’ ‘The Back Of Love,’ ‘The Cutter,’ ‘Bring on the Dancing Horses,’ ‘A Promise,’ ’Lips Like Sugar’ and so many more. Reverend & The Makers - have long been friends of The Libertines and in singer Jon ‘the Reverend’ McClure, can boast one of the true natural frontmen of the modern era. McClure, along with longtime songwriting partner Ed Cosens have a passion for truth, a loathing of injustice and a belief that music should have something to say. Cabbage - ‘serving up an idiosyncratic, satirical attack in the form of neo post-punk’(their words) are from Mossley and one of The Libertines favourite new bands. Chas & Dave - treasured by The Libertines, Chas Hodges and Dave Peacock are part of a tradition of legendary London songwriters having written songs with irresistible and witty lyrics, such as ‘Rabbit,’ ‘Margate.’ ’Gertcha,’ ‘London Girls’ and ‘Ain't No Pleasing You.’ Mic Righteous - British rapper who has collaborated with Emeli Sandé and Ed Sheeran. A local Margate boy and neighbour of The Libertines, he recently joined them onstage at the Roundhouse for ‘Hoping For Palestine’. Lock - new wonder women on the block, led by Libertines family members, sisters Edie and Gita Langley. Have been described by The Sunday Times as “a brooding, storm-tossed, Fleetwood Mac”. Zuzu - rising stars from Liverpool, led by Zuzu herself, take their influence from the likes of Pavement, The Beatles and Bright Eyes. The Libertines heard them, loved them, and immediately added them to the lineup. The second ‘Tim Peaks’ stage will feature performances from: Deja Vega, Average Sex, Blackwaters, Autopilot, Meister and Delights. Tim Burgess adds: “The Libertines love Tim Peaks and we love them. It was an honour to be asked by the boys to bring our travelling circus to the festival. As ever it’s all about fantastic bands, damn fine coffee and maybe a few surprises too.”

In its sixth year, ‘Wheels and Fins Festival’ is an independent, music and action sports festival overlooking the ocean at Kent’s beautiful Joss Bay Beach. Located under 90 minutes from Central London, the festival runs from Friday 7th to Sunday 9th September.

This year the event takes on a new festival site and sees over 80 live acts across 3 stages with headliners including The Libertines, Feeder, Faithless (DJ set), Example and DJ Wire, Sub Focus and High Contrast. With high production values throughout, the UK Mini Ramp Championships and camping and glamping options available, Wheels and Fins Festival 2018 is set to elevate this once local event onto the international festival circuit.

For the full festival line-up and to secure tickets go to http://wheelsandfins.co.uk/

Named after the notorious smuggler Joss Snelling, Joss Bay beach in Broadstairs, offers one of the finest sandy beaches within an easy commute from all over the South East.

We had a little time to spare so joined our friends at the Tim Peaks sauna for a right royal knees up !

By signing up you agree to receive news and offers from The Libertines. You can unsubscribe at any time. For more details see the privacy policy.