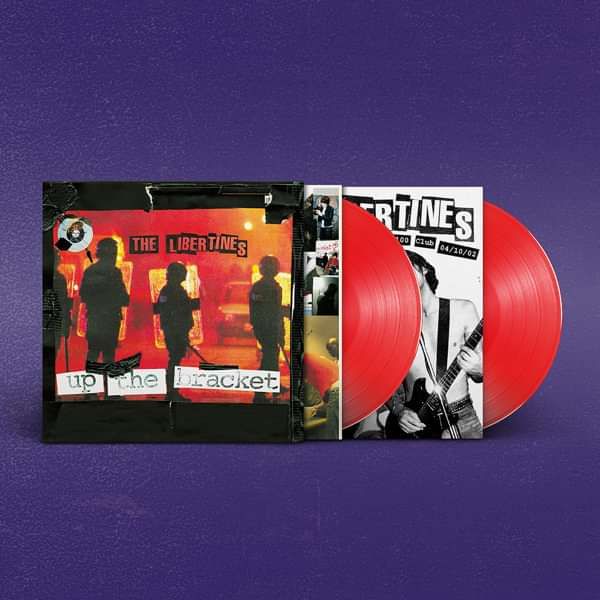 To celebrate the release of their astonishing debut album, Up The Bracket, The Libertines are releasing a 20th Anniversary Edition on multiple formats, through Rough Trade, on October 21st 2022.

In addition to a remaster of the original Up The Bracket album, produced by Mick Jones (The Clash), the Super Deluxe Edition also includes a remarkable 65 previously unreleased recordings including many original demos, radio sessions and live recordings all helping to chart the making of Up The Bracket, plus a live recording from the 100 club in 2002. It also contains a 60-page book with a forward by Matt Wilkinson, new interviews with the band by Anthony Thornton and many unseen photos and memorabilia.

A. ‘Time For Heroes’